Pilar Frank O’Leary is the Founder and President of PFO Advisory Group, a consulting practice that advises nonprofit and business organizations on their partnership and outreach strategies in Latin America, the U.S. and other countries. She has over 20 years of experience working on Latin America, US Latino and international initiatives at Fortune 100 companies and other leading institutions. A native Washingtonian and of Colombian-American heritage, Pilar is completely bi-cultural and fluent in English, Spanish and French and proficient in Portuguese and Italian 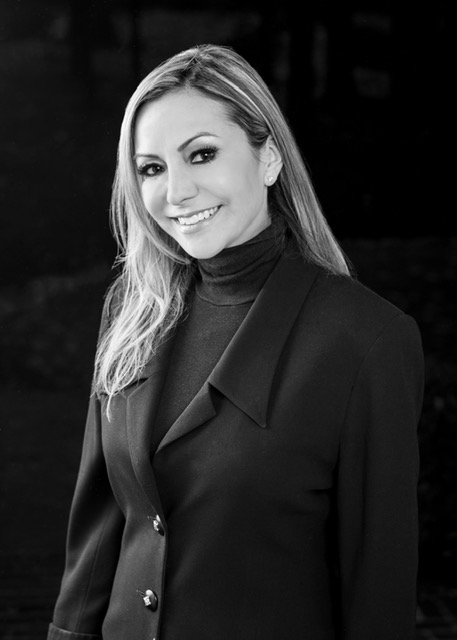 Throughout her career, Pilar’s passion has been to create meaningful and productive partnerships between the U.S., Latin America, and other countries. Most recently, Pilar has served as a senior advisor on Latin America and international initiatives for leading business and nonprofit organizations such as The Howard G. Buffett Foundation, Facebook, the Hilton Foundation, Shakira’s Fundación Pies Descalzos, Blackboard, Enterprise Holdings, EDENS, The International Women’s Media Foundation, the National Geographic Society and many other institutions.

Pilar is a graduate of Georgetown University and Georgetown University Law Center. Prior to establishing PFO Advisory Group, she worked as a corporate lawyer and business executive at leading organizations, focused primarily on business and partnership development in Latin America. At Goldman Sachs she was a Latin American equities analyst evaluating different companies in the region; at JP Morgan she worked initially from the firm’s Buenos Aires office and then in New York representing the company on business and legal matters across Latin America; and at Fannie Mae, Pilar helped facilitate lending programs for the Hispanic community and fixed income sales to Central Banks in Latin America. Pilar also served as Director of the Smithsonian Latino Center, serving as senior advisor to the Secretary and Deputy Secretary of the Smithsonian on relations with U.S. Hispanic and Latin American communities, developing partnerships with organizations such as Carlos Slim’s foundation and establishing educational initiatives such as the Smithsonian’s Young Ambassadors program which was recognized as a “Bright Spot in Hispanic Education” by the White House in 2015. She also served as a pro bono advisor to the US Chamber of Commerce in establishing the US-Colombia Business Council, in partnership with the Embassy of Colombia.

Pilar maintains a broad network of contacts in the U.S., Latin American and international diplomatic, business and cultural sectors and is actively involved with a number of charitable organizations. She is currently a member of the Meridian International Center Global Leadership Council and serves on the Board of Directors of the Youth Orchestra of the Americas and the Board of Trustees of the Madeira School. She is a long-standing supporter of Catholic Charities. Previously, Pilar served on the Board of Directors of the Hispanic Heritage Foundation, Transformer and Imagination Stage. Additionally, Pilar is the co-founder of Isabella & Ferdinand Academia de Español, a respected nonprofit Spanish learning program for children.

Pilar has been a frequent speaker on Latin American issues and has been profiled in numerous publications for her work in supporting the Hispanic community. Recognitions include “2006 Influentials: Ten to Watch” (Hispanic Business Magazine); “15 Phenomenal Latinas of 2006” (Latina Magazine); “2006 Triunfadores” (Telemundo); “Han Triunfado” (Vanidades); 2006 “Substance & Style” Awardee (Washington Life Magazine). She also served as the commencement speaker for the New World School of the Arts in Miami (2008). In 2018, Pilar was awarded the Order of San Felipe Arcangel for her service to the US-Colombia partnership.

• Demonstrated ability to effectively and comfortably interact at the highest corporate and government levels.

• Track record of successfully working with a wide array of functional groups across different types of organizations and business cultures.

• Leadership in building and fostering effective relationships and networks with others.

• Broad network of contacts in the U.S. and Latin American diplomatic, business, and cultural sectors locally and internationally.

“Pilar stepped up as a special contributor whenever Latino-oriented policy, partnership, and business development opportunities appeared at Fannie Mae. She engaged with the Central Banks for Peru and Chile to facilitate the sale of fixed income securities and helped lead the development of a Latino homeownership outreach strategy. She has an unusual set of professional abilities, combining language and multicultural skills with natural interpersonal skills, thoughtfulness, and a passion for her work.”

“Pilar is a results-driven, strategic leader and has greatly expanded our organization’s international impact. Her research and development of a proposal to expand our foundation’s work into Latin America culminated in a multi-million dollar grant from the Howard G. Buffett Foundation and helped us establish several key partnerships in the region and in the US to highlight and enhance our activities.”

“Pilar’s determination, business focus and network are a tremendous asset to our company as we look to expand our business platform to the Latin American market.”

“Pilar really gets what cultural diplomacy is all about. She has a knack for getting the right people in the room and making sure that programs supporting business, education or the arts also turn into meaningful, productive partnerships.”

“Pilar was a highly effective member of the legal team at JP Morgan Latin America, assisting us at a critical time when we were establishing new trading operations and executing new types of financial transactions in Argentina and many other countries in Latin America, each with its own set of cultural and regulatory challenges. Pilar was extremely adept at analyzing and resolving key issues. She is a team player, proactive and terrific to work with.”

“Pilar has a keen knack for creating momentum, impact and progress in launching new ventures with the Latin American community. Working with her on the successful launch of The Latino Dance Fund at The Washington Ballet in collaboration with the embassies of Spain, Mexico, Colombia, Argentina and Panama and others was a highlight of my tenure at the Ballet.”

“Pilar has been a tremendous help to our company as we have sought to deepen our relationships in Latin America and other parts of the globe. She stepped in quickly as a full team player making great in-roads for us with top leaders in the diplomatic and private sectors with excellent follow up and attention to detail. She is a true pleasure to work with.”

“Pilar has been a great partner to the National Geographic Society in helping us further our relationship with Latin America and Colombia in particular. Thanks to her efforts, National Geographic has been able to become a member of the U.S.-Colombia Business Council where we have been able to promote our organization’s scientific, media and cultural work in the country at the highest public and private sector levels. Pilar also helped our team put together a high-profile event with our CEO and the President of Colombia, Juan Manuel Santos to highlight the country’s collaboration with the Society and its environmental conservation efforts. She is a high-energy, strategic and get-things-done team player. Our leadership and staff has loved working with her and would welcome the opportunity to do so again.”

“It has been a pleasure working with Pilar as I’ve sought to make in-roads with Embassy contacts here in Washington, D.C. Working with Pilar, we were able to establish some highly productive partnerships for my company in just a few short months. Her strong, comprehensive network and ability to navigate diverse international cultures in business and government relations is invaluable. I highly recommend her.”